(No reviews yet) Write a Review

POSA - A series designed by Kazuaki Murazawa who is active in many Japan domestic furniture designs. Even though you can choose a lot of chairs, it's normal to have a table and set of the same chair. I think that it has become a design that allows you to enjoy sitting time a little luxuriously without worrying about coordination.

Select from two types of wood color: VN-Natural and VB-Brown.

I'm also used to the development at the Dalian factory.
Even so, when you propose a new design, “challenge” is important. It is a stimulus to the factory and it is my own responsibility.

What I was thinking about in POSA development was to summarize my experiences in Dalian and create an image of the next development. And it became a proposal to challenge the set at NDstyle. It is good at it. The idea of ​​a “one-legged luxury chair” is not particularly new. If you look back at the history of the chair, you will notice that there are many masterpieces as a personal chair. One of the reasons why personal chairs have not yet been evaluated in Japan is related to the fact that living spaces are not so planned. There is enough room for one chair. As a brand that has begun to work on new rules, I have the right challenge.

There should have been no technical difficulties. There is no place to change so much after seeing the first prototype because the on-site capability has increased considerably. I thought. The big hurdle is how to maintain the accuracy of manufacturing and parts so that there is no such thing as “prototyping can be clean, but quality will drop if it is mass-produced”. For this reason, the confirmation on site is mainly “Details of the joint”. It is a basic repetitive practice of furniture making by touching wood.

This design tries to join the parts as much as possible at 90°, but the mounting surface is not always flat. Each requires fine adjustment. Also, it was quite difficult to mount the back because the angle and the curved surface coexisted. I assembled it with force because I wanted to go with the prototype. But this isn't enough for mass production. After all, I'll leave this part to Mr Nomura who is in charge of mass production design! (Laughs) Although there were still some difficulties in the second trial, I think we have overcome the hurdles more smoothly than before.

Now, what kind of challenge can the next chair do?
- Mr Kazuaki Murazawa 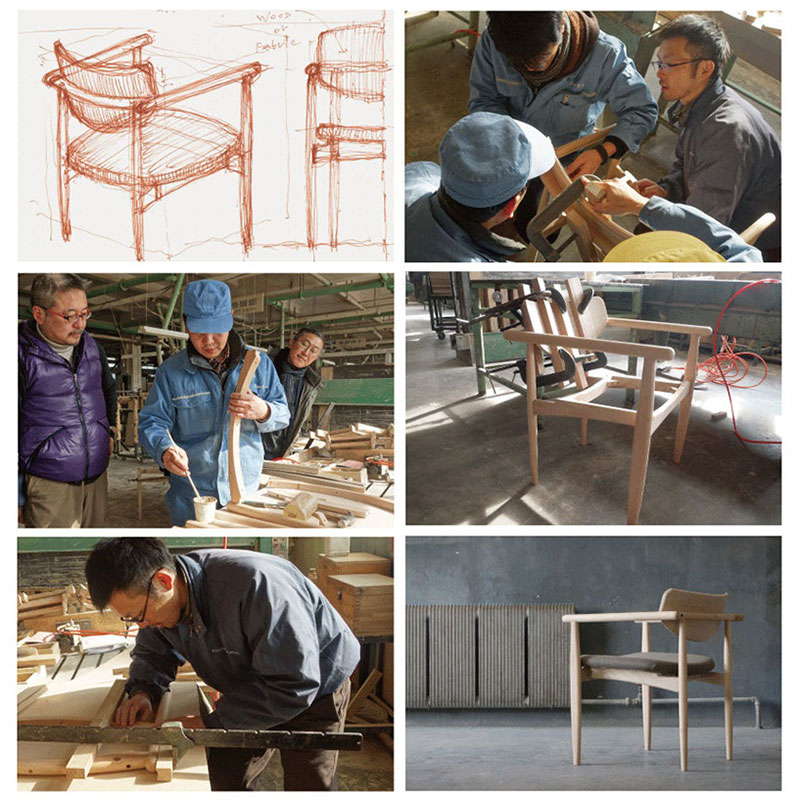 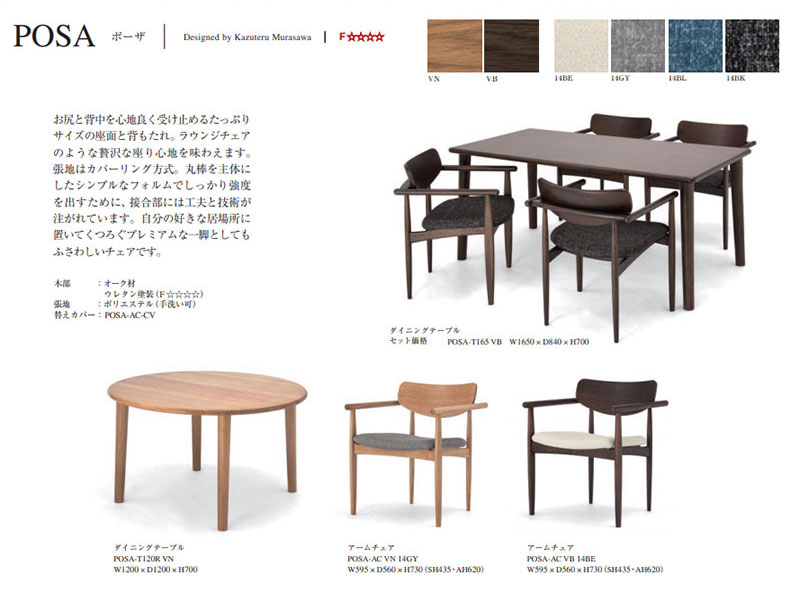 ■ About F ☆ ☆ ☆ ☆
A mark that is displayed on products (plywood, MDF, materials such as paints, adhesives, etc. in the case of furniture) produced at a Japanese Industrial Standards (JIS) factory. It is a grade that shows the amount of formaldehyde emission which is considered to be one of the causes of sick house syndrome, and F ☆☆☆☆ has the lowest emission level. In the products of NDstyle, the mark "F ☆ ☆ ☆ ☆" is displayed on the product using the material of F ☆ ☆ ☆ ☆