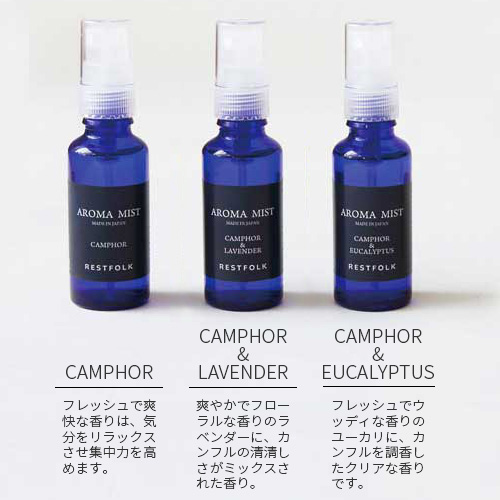 ■ It is said that "smell" and "medicine" became the etymology of "kusu" because of having unique fragrance. It is called camphor in Dutch and has been used for various purposes around the world since ancient times, such as raw materials for medicines, fragrances, and celluloid.

■ The refreshing scent full of camphor and eucalyptus like camphor tree has been used as an insect repellent since it has an effect of keeping insects away. A natural insect repellent called camphor is obtained by extracting and crystallizing cedar wood chips by steam distillation.

■ Because it is superior in volatility, when taken out of a costume case, the scent of camphor is firm, but it disappears when exposed to air or the sun. Because it does not contain any chemicals, it is an insect repellent that is friendly to both the environment and sensitive people.

■ Natural camphor was once an industry until it played a role of national interest as a monopoly item, but due to the spread of inexpensive synthetic insect repellents and declining demand, only a few companies are currently producing very valuable Is something. 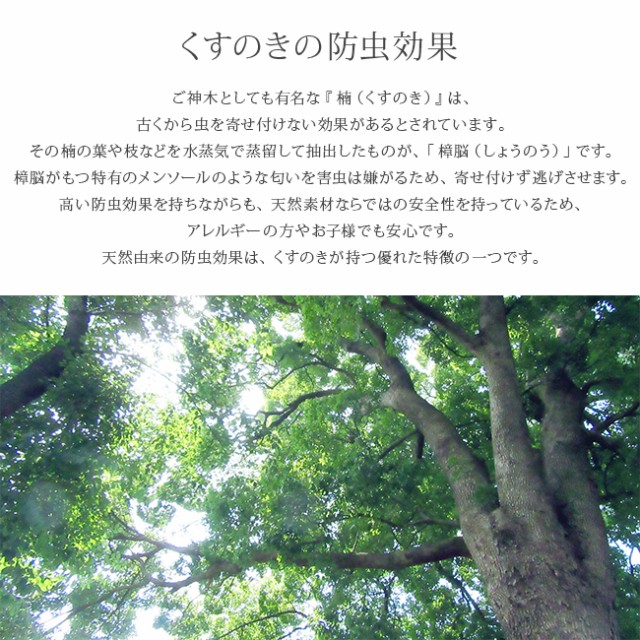 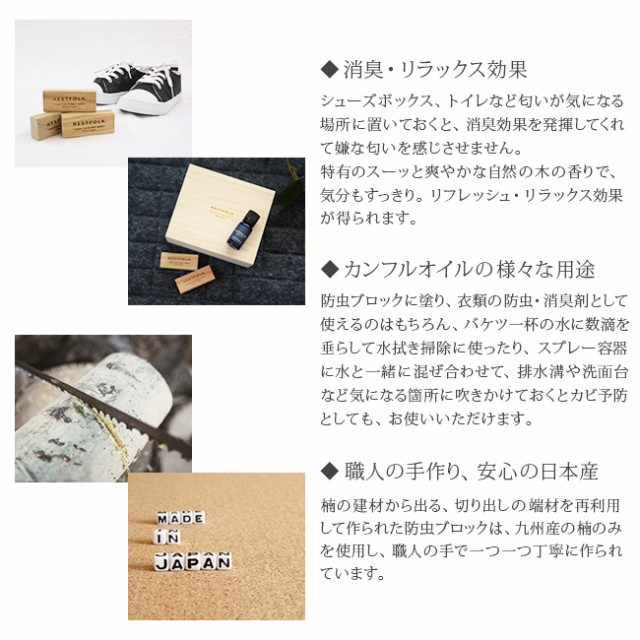 * Do not use with other insect repellents. May cause discoloration of clothing.
* When using camphor oil (camphor oil), add it to a soft cloth soaked with oil, apply it to the block, and let it dry for about 10 minutes before use. Please note that using the wet block may cause discoloration and stains on the clothes.
* Camphor oil is a highly pure essential oil. Do not drink undiluted solution or apply directly to skin.
* When the temperature drops, the camphor component of the oil crystallizes and a white precipitate is formed, but there is no problem with the quality.
* Do not use if you have high blood pressure, asthma, epilepsy, allergies, sensitive skin, pregnant women, infants, etc.
* If you feel sick during use or if you feel strong irritation to your eyes or nose, immediately stop using and replace the air.
* After opening the oil, use it within one year.

CAMPHOR: A fresh and refreshing fragrance will relax your mood and increase your concentration.